Introduction to Trans-Art 'Art of Transcendence'
Throughout its history, art was form.
Now, art may transcend form.
Trans Art is art that transcends the conventional form of art.
The artist attempts to express the ‘enlightenment and awakening’, which is beyond ‘Form’, by using the multi-dimensional expression method that he acquired from his own experience of ‘enlightening and awakening’ process.

Trans Art can be considered as an evolved form of Art.

As explained in detail in Trans-Art Part 1 : ‘Multi-dimensional Art’, it is a new way of creating, experiencing, dealing and expressing art.
Trans Art can also be regarded as the elaboration of the Art of Enlightenment and Awakening: the expression of the Transcendental Philosophy of HANOL (which laid the spiritual foundation for Korea first initiated by the enlightened being who established the old Korean empire 5000 years ago) in the form of art, introduced by the artist Sewon Shin, whose father previously re-established the Transcendental Philosophy in religious form.
Dangun, the founding father of Korea, initiated the sacred teachings on Enlightenment and Awakening, introducing the possibility of spiritual transcendence to its people: the evolution of human consciousness from the Ego-state to the Transcendental-state.
After 5000 years of national preservation, ‘the principle of Hanol spirit’ was consolidated into a religious foundation by another awakened being, Shin Jeong Yil, the founder of the Hanol religion.
However, following his sudden passing, the founder’s finalized teachings of the Hanol Principle was passed down to the legal descendent - the founder’s son who inevitably took on the responsibility of leadership in an emergency, right after graduating from Oxford University. He was a former artist, well known as a genius young painter, before giving up his art and majoring in politics, philosophy and economics at Oxford. During his leadership, he expressed the quintessence of the Transcendental Philosophy of the Hanol Principle in the form of spiritual art: the so-called art of Enlightenment and Awakening.
Art of Transcendence (Trans Art) is the elaboration of the art of Enlightenment and Awakening in pure art form (non-religious form). 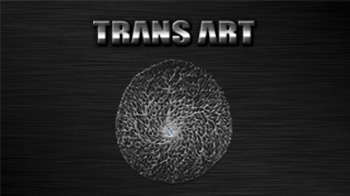